The ensemble “Razdolie” is composed mostly of students of Siberian Federal University – young and dynamic people of 18-13 years old.

During its existence, this ensemble has visited small and large stages of our country and countries of near and far abroad. He became the owner of the gold medals of the Delphic Games of Russia three times, also the winner and winner of the Grand Prix of the All-Russian festival "Russian Student Spring", the Laureate and the owner of the grant support of the Ministry of Culture of the Russian Federation in 2019.

The repertoire of the ensemble is dominated by folk-stage dances based on Russian folklore, Siberian life, traditional customs, rituals and games of Russian people. During performance, props are widely used with things from the traditional way of Siberians life: braids, cast irons, tongs, wooden spoons, rattles and many other things.

The folk dance ensemble of the Siberian Federal University "Razdolie" has a concert program of 45 minutes or more successfully performs on the stages of the Krasnoyarsk Krai and Russia. 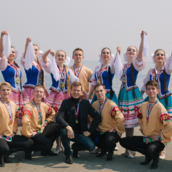 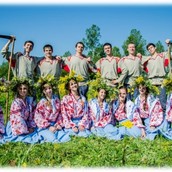 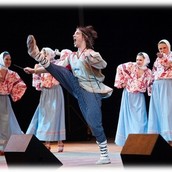 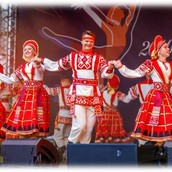