Its history began in 1963, but with the name Hornád (it is named according the river that flows thru Košice) the group is performing since 1992. This non-professional ensemble is considered as current top in Slovak folklore. The main reason of its success is the instant focus to search for new ways of self-realization. That made out of Hornád a trendsetter.

Individual approach, work with traditional materials, innovative way of thinking – these all positively reflected to many individual talents raised by Hornád – e.g. Vladimír Michalko, or Štefan Štec. But there are many more bright individual examples that stood behind the success. Hornád gained 9 laureate titles, and more than 30 Top 3 placements in national solo dance competition “Šaffova Ostroha” (Spur of Šaffa) , and several laureate titles in singers’ competition “Makovická struna” (Makovica String).

If we have a look on the whole-ensemble successes, those are intensively visible thanks to cooperation with Pavol Jozef Šafárik University since 2011. Hornád became Laureate of Academic folklore ensembles competition in years 2012, 2014, 2015, 2016 and in its last edition 2019. 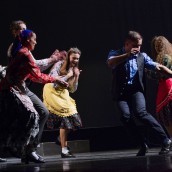 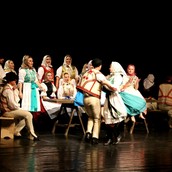 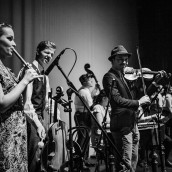 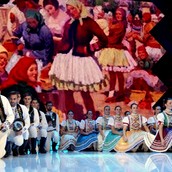 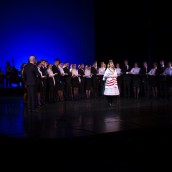