Each performance is a cultural expression, strongly associated with a specific group or people as a reflection of American custom and belief. Their fast-paced, superbly staged program includes Appalachian flat-footing, Southern waltzes, traditional clogging , square dancing, the western swing, and other performances.

The group is accompanied by the BYU Mountain Strings band. Compromised of seven talented instrumentalists, who perform with a variety of traditional folk instruments, American Folk Dance Ensemble not only brings the history of the U.S. to the stage through dance but also through weaving toe-taping music that explores the musical past of the U.S. 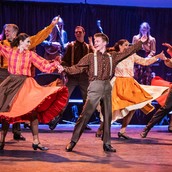 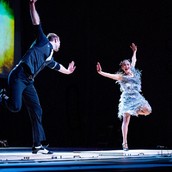 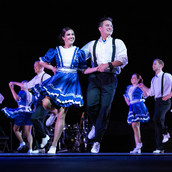